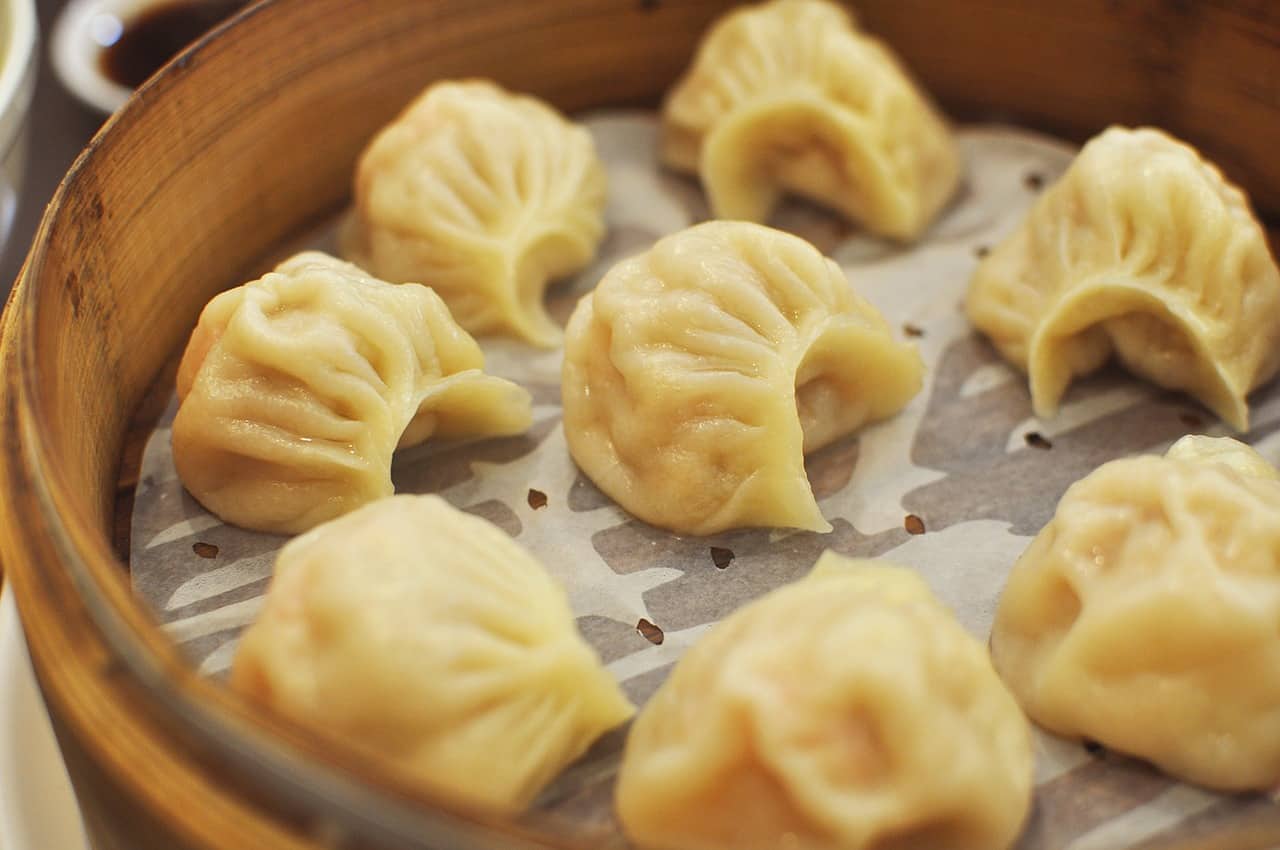 Today, the traditional chicken momos recipe is one of the most popular Tibetan/Nepali dishes and an irreplaceable part of India’s rich street food scene. Momos are one of the rare dishes that you can eat for breakfast, lunch, snack, or dinner without feeling weird, heavy, or guilty. If you like Tibetan/Indian dishes and want to try to prepare something at home that will impress your friends or relatives, chicken momos are a great choice. They aren’t very easy to make and we’d probably rate the difficulty of our chicken momos recipe as ‘medium’ but this post will show you (in details) how to make chicken momos at home

What Are Chicken Momos?

Chicken momos are a dumpling-like snack that consists of a thin wrap and a delicious filling. Momos can be divided according to the filling ingredients to veg momos, beef momos, pork momos, chicken momos, cheese momos, mushroom momos, and nowadays, even sweet momos but the original momos recipe originates from the Tibetan region from where it spread to Nepal, Bhutan, India, and the rest of the world.

Let’s make it clear, making momos is an art and every family in the regions I mentioned has a slightly different way of making them. And that’s the beauty of it; you can always modify your chicken momos recipe according to your preferences.

Even though its origin isn’t 100% clear, momos probably originated somewhere in the Tibetan plateau around the 14th century. The golden era of the Tibetan kingdom was long gone but parts of Tibet had certain autonomy that allowed local trade to flourish. A lot of Tibetan merchants increased the trade with India and Nepal and this is probably how momos reached the Indian subcontinent.

To fit the needs of India’s dominantly vegetarian popultions, veg momos became a thing, and even though beef and pork momos were a lot more popular in Tibet, chicken momos thrived in Nepal and India (where most non-vegetarian people consume only chicken). From there, momos just kept getting more and more popular and people would find ways to adjust them to the local standards and ingredients.

That’s why today, there are a lot of…

As we mentioned, momos can be divided based on their filling but they can also be divided according to the preparation method. Hence, we have the traditional method of preparing momos- steaming but you can also find varieties, such as deep-fried momos, grilled momos, and baked or tandoori momos.  In addition to this, it can be argued that a lot of regional dumplings, especially in Central Asia (such as manti, khinkhali, etc.) but also everywhere else where you can find Tibetan diaspora, originated from momos.

Traditionally, the chicken momos recipe culminates by serving alongside some delicious chutney or a warm plate of thukpa soup. The chutney can be green or red, depending mostly on the color of the chilies used for preparing the dip. Please note that if you plan to prepare a traditional chutney, it will be quite spicy, so be conservative when using the spices if you’re not used to hot food.

How To Shape Chicken Momos?

The hardest part of the traditional chicken momos recipe is shaping the dumplings. The two basic ways to shape momos are in circles and in half-moon shape. Whatever you choose, you have to start by dividing the dough into two pieces and rolling out a big, this sheet of dough. From here, you cut out large circles and start rolling them. They should be as thin as possible but not so thin that they’ll be transparent.

After that, add the dough circle in your non-dominant hand and add one spoon of the filling. Until here, the process is the same for both shapes and this is where the main difference lies.

Start by pinching the edge of the dough together but make sure that the portion you pinch is small enough to fold between your thumb and forefinger. Keep stretching the dough around the edge as it forms a circle and merge it into a single spot. Make sure there are no holes in between (so that you don’t lose the juicy part of the momo) and you’re good to go.

Fold the circle dough into half in a way that the filling is completely covered by the dough. Press the two edges of the half circle together and close any open space that’s left in between. Pinch and fold around the edges to seal the dumpling until you reach the final shape. We recommend this approach for beginners. If you want to see more ways on how to shape momos, you can also check out this video.

If you want to make rolling the momos easier, use some rice powder for dusting.

Tiny pieces of carrots really make the difference for the filling. Even though it’s not mandatory, I suggest you add it.

Don’t overcook the momos. Steaming shouldn’t take more than 15 minutes and anything more than this can make the filling dry and hard.

Can I Freeze Chicken Momos?

Short answer, yes, you can freeze momos, but let’s elaborate. You can roll the momos, keep them in the fridge overnight, and steam them the next day. Just make sure you use an air-tight container. If you want to store them for more than one day, keep them in the freezer. You can also keep the momos in a freezer for a few hours, and then add the frozen momos in a ziplock-freezer bag and store them for up to 4 weeks.

Important: Don’t cook, freeze, and reheat the momos. This will make the momos, dense, chewy, and hard which is exactly the opposite of what they should be.

A Few More Things You Need For This Recipe

1. Place all the dough ingredients in a bowl and mix.

3. Heat up some oil at medium temperature.

4. After 3-4 minutes, add the garlic and fry it until it gets light brown.

5. Add the vegetables and cook for another 2 minutes.

6. Stir, put the minced chicken in the pan, and add the sauces and spices, mix everything, and remove the pan from heat.

7. Make small balls from the dough and add one spoon of filling.

8. Pinch the dough and bring the edges together around the center as described in the section "How To Shape Chicken Momos").

9. Repeat the process until you have enough momos for the first batch.

10. Grease your steamer and add the first batch.

11. Steaming takes 10-15 minutes. In the meantime, you can repeat steps 1-10 for the second batch if necessary)

12. Serve with some hot chutney or thukpa soup and enjoy!

How did you like our chicken momos recipe? Did you ever taste this delicious treat? Did you try our recipe at home? Don’t forget to leave us a rating.